The quote above has stuck with me for years. I have seen it in many places, repeated by many people. The author, an English historian and politician, is correct in his assertion, but I would like to expand somewhat on the aspect of the quote that most people fail to pay attention to.

What one may usually hear in the wild is an abridged version of the quote: "Power corrupts, and absolute power corrupts absolutely." It is no wonder, then, that people's whole focus is directed at the evils of being powerful. Power, a natural phenomenon, is associated with Evil itself. Quite a dogmatic statement, is it not? It is also incorrect.

In Anarchy and Monarchy: A Natural State, I covered the following two points:

When you have Hierarchy, a distribution of Power inevitably occurs. Some groups or individuals end up at the top, i.e., more powerful, others—at the bottom, i.e., less powerful. This has been the case throughout the animal and human kingdoms since their appearance on the face of the Earth. Debating it will not change the fact. Deal with it.

There Is No Absolute Power

What one cannot achieve is absolute power. Because that state of affairs is reserved for the One and Only, the incomprehensible, unimaginable, infinite entity that goes by various names, the most popular of which is God.

I do not want to sound pedantic though. By absolute power, John Dalberg-Acton meant something a lot simpler: the power of an autocrat such as a monarch or a dictator. To anybody below that level, such a figure would indeed appear to possess unlimited abilities. He can order anything to be done with a snap of a finger, can he not?

Yes, there are enormous resources at the autocrat's disposal. People, material possessions and, hopefully, some mental and spiritual riches, too. And just like with any wealth, it is easier to acquire all of that than to keep it long-term. This is why Niccolò Machiavelli wrote a whole guide on the topic of retaining fragile power. The Prince is a timeless piece that is as applicable today as it was centuries ago.

"The lion cannot protect himself from traps, and the fox cannot defend himself from wolves. One must therefore be a fox to recognize traps, and a lion to frighten wolves."—Niccolò Machiavelli

Being powerful comes at a high cost. Learning to be a lion or a fox in appropriate situations is a lot of work. A mistake may cause you a life or a fortune. Hardly an absolute power, would you not agree?

What you must keep in mind is that any powerful man is just that—a man. He has virtues and vices, friends and foes, detailed plans and pure strikes of luck. The power he holds depends on many variables, and it takes a lot of effort to manage them. I touched upon the issues that arise at the top of material Hierarchy in Who Wants to Be a Billionaire?

To be corrupted absolutely, one does not need absolute power. A tiny bit of it will suffice.

Language is a tool of expression, and John Dalberg-Acton expressed his thoughts exactly as he intended. The true meaning being that good men exist. Yes, power has a tendency to further corrupt an already corrupted soul. Great men, who achieve greatness while being corrupt to the core, almost always turn out bad. But their Evil did not rise with Power—it was already there. Power, like a potent stimulant drug, only amplified it, made it come up to the surface.

Good men, therefore, upon acquiring Power, do not become bad because they were not initially so. A more revealing fact, however, is that good men are in the minority. How can it be? Are most people not peaceful? Do they not want to live in harmony, while it is the bad guys who are in the minority, albeit a powerful one?

Not from my point of view. Let me lay it out briefly.

To view the world through my eyes, it is necessary to know what I define as Good and Evil. To be precise, these are not my definitions, but those of many an adept who lived in various corners of the Globe throughout the ancient times.

First of all, Good and Evil are not separate qualities but polar opposites of the same potency. There is no separation between them, only gradation: move to the left—you become more evil, move to the right—you get more good. But it is easier for the human mind to engage in binary thinking because abstractions are more difficult.

What is Good, then, and what is Evil? Volumes have been written on the topic, but the gist of it is this: anything that has to do with Spirit is Good, anything that deals with Matter is Evil. The further away you are from material existence, the closer you are to the spiritual, or the good, path. A shallow understanding of materialism, however, may confuse some as to what I mean. What is meant here by Matter?

No, it does not only concern material possessions as many think. You may get rid of all your things and still lead a materialistic existence. Materialism is anything that has to do with your body. An action or non-action that stimulates the physical body's senses is a materialistic one. Do you like tasty food? Alcohol? Drugs? Sex? These are the low-hanging fruits. Going a bit deeper: how about the dopamine rush from getting likes on social media? Adrenaline from extreme sports? Pride for achieving a personal goal? Jealousy of other people's wins? This is Matter.

What about Spirit? Put simply, the removal of all that is Matter will bring you closer to the spiritual path. But are we not born in our bodies and stuck in them until the moment we die? We surely cannot get rid of them! Does it mean we cannot become purely good? That is exactly what it means. Let me repeat: Spirit (Good) and Matter (Evil) are one and the same thing but different in degree. Your job is to chip away the material parts of existence over your whole lifetime and become ever more enlightened. You cannot escape Matter, but you can reduce it. This is the ultimate via negativa.

What is the bottom line here, you may ask? Due to the human composition, there is no man who is purely good or evil. You invite Good into your life by renouncing materialism, and you become Evil by embracing it. This is the good news. Via negativa is the formula you need. Not a secret one, but simple and available to you right now.

The bad news? Very few people on earth are capable of working diligently all their lives towards goodness. Matter is a hell of a drug. A known fact in habit-forming psychology is that your environment plays a crucial role in shaping habits. Surrounded by drugs all time time, you will find it impossibly hard to resist to indulge. Unless you are willing to lead a life of asceticism somewhere in the mountains of Tibet, far away from modern civilization, you are out of luck. And that is the absolute majority.

The point here is that truly good men exist. But they are not very numerous for the reasons I described above.

In Anarchy and Monarchy: A Natural State, I concluded that it is the good old monarchy or a similar governance system that is more effective than modern institutions. The question is, then: what kind of man is at the top of the pyramid?

"Men are driven by two principal impulses, either by love or by fear."—Niccolò Machiavelli

By now it should be clear: the bad man rules by fear; the good man rules by love. The former prevail today, the latter are in the minority.

The tyrannical dictator and the philosopher-king may have the same amount of power in their dominions. It is characterized by centralized control, efficient decision-making, the support of the people. The difference is that the bad guy achieves these results by fear (coercion, extortion, threats of violence), the good guy—by love (wisdom, justice, altruism). The tyrant wants to subdue by force and manipulation, the true king wants to win people's hearts. And let me tell you: the former is easier, the latter is so difficult that very few men are up for the challenge. Thus, the result we have today.

Is the future bleak? I do not think so. Primarily, because we are still evolving. The process of Spiritual Evolution is rhythmic and can be displayed in the form of an ever-ascending line on a chart: upwards in the long-term, with ups and downs in the short-term.

On the scale of humanity's existence, the short term may mean thousands of years. I believe, we are now on the cusp of a new ascent, a rapid improvement in our spiritual faculties reflected in better organization and cooperation. Technologies like bitcoin are a manifestation of this new epoch which will bring the decomposition of the overly bloated State apparatus, the return to a sound money system, decentralization of Power and the rise of a multiplicity of philosopher-kings around the world.

Do not get me wrong: Utopia is never coming. The balancing powers of Nature will make sure that there is always a sufficient amount of Evil in the world to counter all its Good. What will happen, though, is a swing of the pendulum in the other direction—the reduction of materialism and the increase in spirituality, the Good regaining its lost positions from the Evil.

With that, the good man will have his chance to establish authority based on something other than fear-mongering, outright lies and coercion.

He is raising his army. He is coming. All hail the philosopher-king!

"A man should be upright, not be kept upright."—Marcus Aurelius

An exploration of how Urbit can improve its systems by integrating bitcoin side-chain technologies. 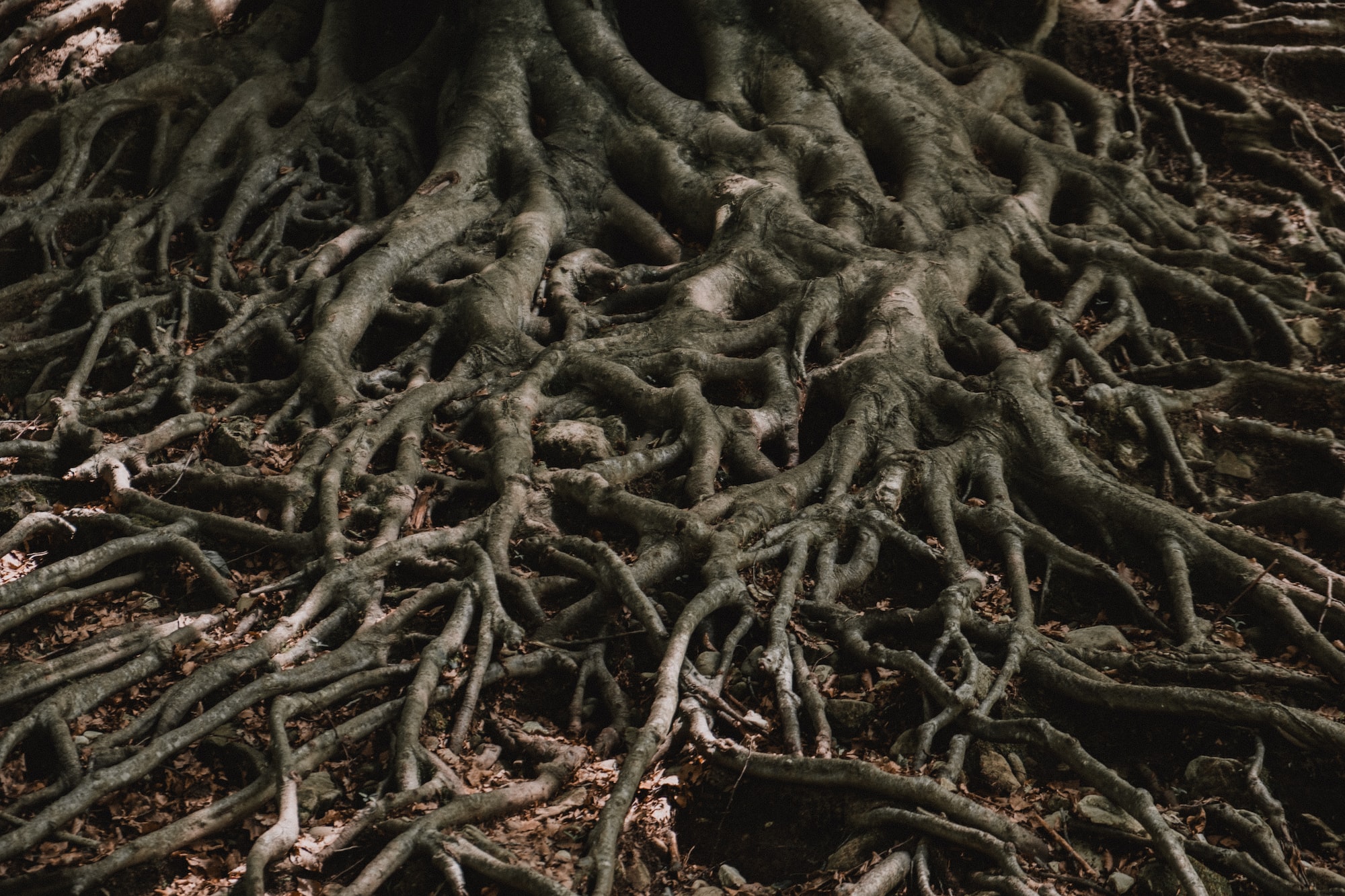 Finding a sense of belonging in a world with no home.