Bitcoin was born in the wake of the 2008 global financial crisis. The collapse itself was not the reason for its creation, but perfect timing for the launch. What better opportunity was there if not the one that showed the world the ugly truth behind the financial machine?

The idea of state-independent electronic money, however, appeared decades earlier in the minds of cypherpunks.

"In the 1980s, Dr David Chaum wrote extensively on topics such as anonymous digital cash and pseudonymous reputation systems, which he described in his paper "Security without Identification: Transaction Systems to Make Big Brother Obsolete"."—Jameson Lopp, The Rise of the Cypherpunks

In March of 1993, Eric Hughes, one of the original members of the cypherpunk mailing list, published their collective declaration entitled "A Cypherpunk's Manifesto".

Thus, the main battlefield was outlined—privacy. Technologies, such as encryption previously available only to the military, started circulating freely on the Internet. The State tried to stop its proliferation but was forced to eventually back down. Unsurprisingly, even today, when encryption is engrained in all types of hardware and software, from fridges to online banking apps, attempts at introducing backdoors or weakening the technology otherwise under various pretenses are still revisited with uncanny regularity.

There have always been many theorists on such topics. What was different about the cypherpunk movement?

The quote above illustrates that cypherpunks are men of action. They are not interested in lobbying, compromising, and bootlicking. When inspired, a cypherpunk sits down at his computer and writes code. His idea is, then, manifested as a working product, freely available to anyone willing to tinker with it. The government is, of course, none the wiser. Always too late to the party, with its only way in: a threat of violence against peaceful creators. A prominent example is that of Phil Zimmerman, who wrote and released PGP, the most widely used email encryption software in the world, and was subsequently criminally investigated by the US government for daring to distribute privacy-protecting software without Leviathan's blessing.

And thus acted Satoshi when he gave Bitcoin to the world—free of charge and fully open-source. Not only did he continue the cypherpunk tradition of permissionless innovation, he gave it a new life, for it was a reinvention of money itself. The monetary incentive alone was enough to reignite the fire in the hearts of existing cypherpunks and forge a new generation that, today, is shaping the world of tomorrow.

Over a decade later, where do we find ourselves? Are the cypherpunk ethos still with us? You bet.

The bitcoin economy splits into two types: compliant and non-compliant. Allow me to explain the difference.

We start with the compliant economy, which is mostly represented by on- and off-ramps, such as online trading platforms, exchanges, brokers, payment processors and custodians.

These services act, for the most part, as bridges between the worlds of traditional finance and bitcoin. Bitcoin does not exist in a vacuum and, thus, requires to be plugged into the legacy system to enable the transfer of resources back and forth.

The legacy system, as known to anybody who has a bank account, a trading account or a business, is highly regulated. Your every move is monitored based on thousands of laws and regulations. The watchers want to know how much money you have, where you send it and from where you receive it, what type of business you engage in, who your partners and clients are, how many employees you have and how you treat them. If you fail to comply with any of their directives, expect trouble. Remaining compliant is, therefore, of utmost importance to anyone willing to run a business using the legacy infrastructure. It is not your sandbox: you are allowed to play and build castles, but beware the owner and his ever-changing rules.

The situation gets more complicated when those who dedicate their lives to producing rules instead of value face innovation. Such Parasites are often creatures of lower intelligence—it takes them long to truly grasp the significance of a new technology. It results in knee-jerk reactions and measures that are often incompatible with the technology in question. Requiring backdoors in encryption systems is one such example. Bitcoin, a total game-changer of global significance, has had them scratch their heads for years.

Some legislative bodies decided bitcoin was property, others recognized it as private money and some as commodity. This general uncertainty provides ample opportunity to individuals in the industry who believe in things like "reasonable regulation", "clear legal framework" and other types of "mutually beneficial" cooperation between the State and the business. Aware of the financial prospects and privileges that come with successful lobbying of clueless lawmakers, these "entrepreneurs", individually or in groups, dedicate significant resources to shaping the legal environment in which their businesses operate. Of course, all to their own benefit and to the detriment of anyone else wishing to enter the market.

"Mandatory licenses, fees, reviews, huge stacks of forms, inspections, make it expensive for small start up businesses to enter the market and compete on an equal playing field. Companies spend millions of dollars on accountants, lawyers, actuaries and bureaucrats — not to mention tens of thousands of hours — to make sure they comply with the entangling webs of red tape..."—Antony Sammeroff, Why Big Business Prefers Lobbying Government to Competing in the Marketplace

As such, this part of the broad bitcoin ecosystem follows the existing rules and even desires more of them. Bitcoin being a financial instrument, most regulations have to do with anti-money laundering (AML) and know-your-customer (KYC) guidelines. Due to the novelty of the digital gold, however, and a general misunderstanding of how it works, lawmakers often want to impose additional measures on those who hold and transact. All for the sake of public safety, of course. To prevent bitcoin from falling into the hands of terrorists or child molesters, we must control every user and avoid financial privacy at all costs!

This results in the following current and potential regulations in various countries when it comes to bitcoin:

No matter the rules, I believe this compliant economy will keep growing for the foreseeable future. If bitcoin is indeed the catalyst for the most massive wealth transfer in history, then there is room for all kinds of endeavors, whether you agree with them or not.

Let us switch back from bootlickers to cypherpunks. As mentioned, this category of creators is not in the habit of asking for permission to innovate. The ethos of open-source software development combined with bitcoin's monetary incentives gave birth to a new wave of aspiring cypherpunks who work tirelessly to take cryptoanarchy to the next level. When you have ideals and can get paid for bringing them to life, theories turn into applied cryptoanarchy.

And such is the way of the non-compliant bitcoin economy. It is not non-compliant because it openly defies existing laws and regulations (although, it is sometimes the case), but because such rules do not exist yet. Remember: private enterprise to government bureaucracy is what a cheetah is to a turtle. Lawmakers are just catching up with what bitcoin actually is, with many still totally clueless. At the same time, independent developers all over the world already ship next-level technologies built on top of it.

The Lightning network, a highly scalable payments rail for bitcoin, is already operational. Moreover, its community of developers and entrepreneurs already organizes its industry-specific conferences. The Liquid network, a bitcoin sidechain for fast and private business-to-business transactions, is now a self-governing body (federation) consisting of members from many jurisdictions. Samourai and Wasabi are privacy-focused open-source bitcoin wallets that innovate in the coin mixing domain. Do you think any of them consulted with lawmakers before developing these groundbreaking solutions? Of course, not. And when the Parasites lay their eyes upon these innovations, it will be all too late, just like with bitcoin itself.

With the emergence of a circular bitcoin economy—one where bitcoin is a payment method and a unit of account across the board (revenues, expenses and savings)—non-compliance will become a de facto modus operandi for many new businesses. At first, there will simply be no rules regulating such enterprises because most such directives concern the fiat currency system. Moreover, state tax agencies do not accept bitcoin as a method of payment. A breath of free air, however short, opens your eyes—it wakes you up. So, later, when the authorities finally catch up with such schemes, who will want to comply? Especially knowing that enforcing anything on a market operating everywhere and nowhere at the same time is a fool's errand. My guess: very few will.

A self-regulating parallel economy is on the horizon. Whether it will run on something like The Bitcoin Business Suite or in a variety of ways, does not matter. What matters is that, due to its freedom and unlimited potential, it will suck in more and more entrepreneurs tired of the political cat-and-mouse game with its ever-changing rules.

The two bitcoin economies will coexist in the next few decades. Perhaps, for some time, the compliant one will be bigger because that is where most investment will go. Personally, however, I am more excited about the gradual establishment of a bitcoin-only free market. Global, borderless, unrestricted. Only in such an economy can we put to test our ideas and achieve equality of opportunity.

The creative spirit of man breaks under restrictions. By merely existing, bitcoin lifts these barriers, freeing the soul, allowing it to do what it truly desires. Today, men of action possess the necessary tools to bring about the New World. And that is exactly what they will do. The question is: are you one of them? 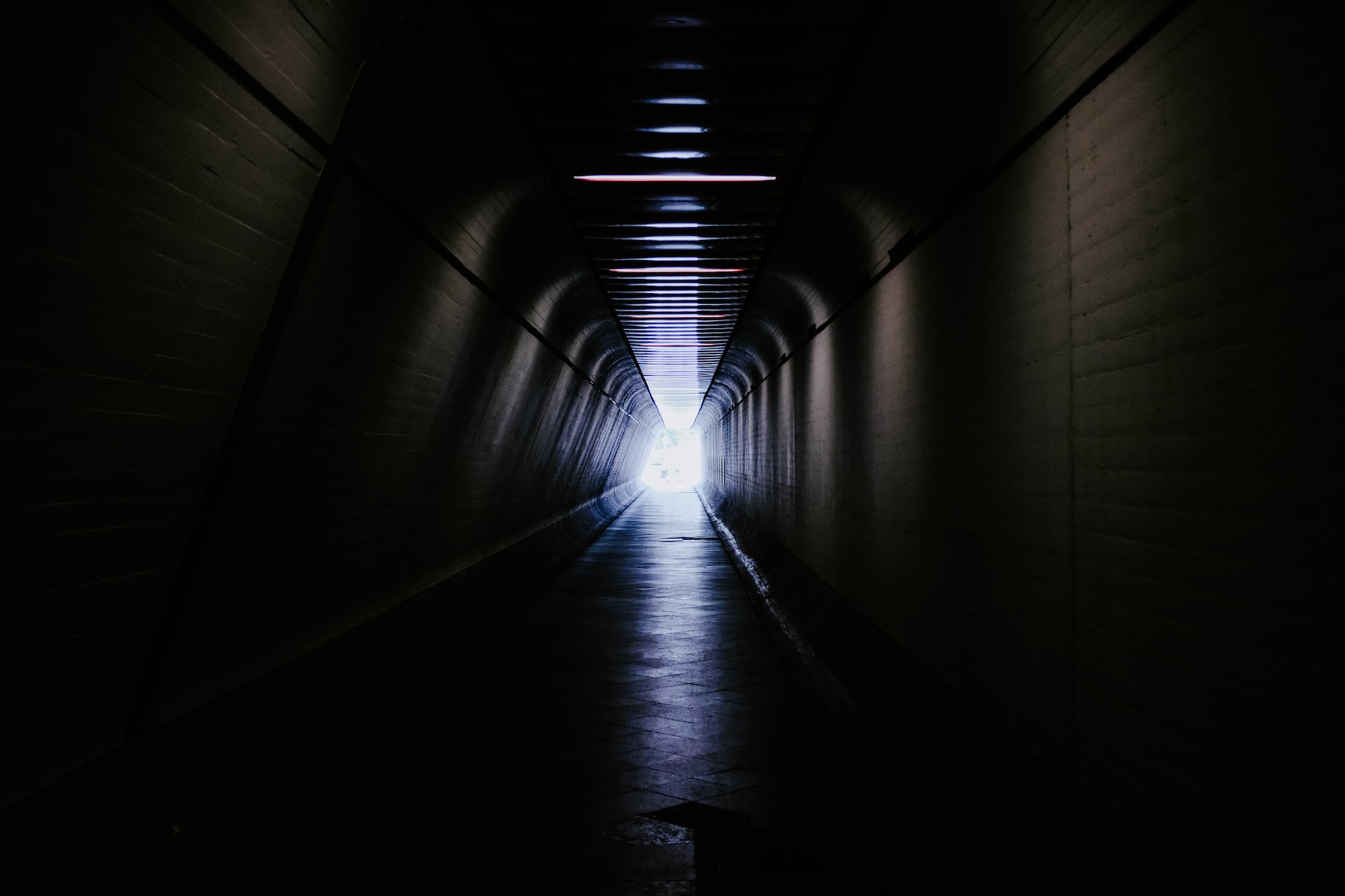 Today's situation in the world in unprecedented, but its effects are barely surprising. Can we look at it positively?

Bitcoin is reshaping the global financial landscape. Business of the future will be powered by its monetary and non-monetary capabilities. Learn more in this article.