"As the world’s first production Bitcoin sidechain, the Liquid Network provides fast, secure, and confidential transactions to address the needs of exchanges, brokers, market makers, and financial institutions around the world."—Blockstream

Liquid has been operational for over a year and is, by all standards, getting traction. Why do we need it? What is the network's status now? Where is it headed?

Here, I will cover these and other questions so that the reader may have a better understanding of how the sidechain operates and what its purpose is.

If you have used bitcoin, then you are familiar with the following characteristics that one may consider "drawbacks":

I put the word "drawbacks" in quotation marks on purpose, because these are intentional. Bitcoin's base layer is supposed to be minimal and robust because it is responsible for the most important feature of the network—its monetary policy. As developers will tell you, the fewer bells and whistles—the fewer attack vectors. Therefore, any advanced functionality that the end user may desire is best suited in adjacent networks and "Layer 2" solutions. Liquid is one of them.

How does Liquid address the aforementioned issues?

Now that I have covered what Liquid is, let us touch upon the topic of its target audience.

Who Is Liquid For?

The Liquid network is a different thing to different people. Below are some categories of users that, according to my understanding, will benefit from its feature set.

The Liquid network provides the tools for development of novel approaches to money transmission, securities emission and even exchange capabilities (non-custodial exchanges, decentralized forex markets). Now, it is up to entrepreneurs to come up with products and services built on top on the side-chain and cater to various market segments. As more applications emerge, more market participants will find it useful!

Is Liquid, in essence, a cartel of influential businesses? At present, such an assertion would not be without grounds.

Currently, the network is run by forty-five members, including fifteen functionaries. What does it mean?

As the number of members and functionaries is relatively small today, it is possible, in theory, for the majority of them to collude on certain issues. Transaction censorship and peg-out refusal on the technical side, political games on the social side are not far-fetched.

If the network is to break free from the cartel-like appearance and behavior and become the backbone of the new financial system, it must strive for more than just user and member growth. As I envision it, there can be three scenarios of Liquid's development:

I am, of course, interested in seeing the Liquid network succeed. Arguably, both points (1) and (2) may be considered a success. However, as it is my conviction that there can be no resetting or upgrading of the hopelessly fraudulent financial system of today, our goal is to create a parallel economy based on laissez-faire market relations and backed by the hardest money to ever exist—bitcoin. This means that Liquid must remain and further grow independent in accordance with the wishes of its free-market-oriented members rather than the influence of nation-states and supra-national entities.

How to ensure Liquid's success

What does a successful Liquid network look like? How does it operate? Who runs it? I will attempt to answer these questions in this section.

From the very beginning, it was known and communicated that Liquid is a permissioned blockchain. This means that it may never achieve the level of decentralization that Bitcoin boasts today. But for its intents and purposes, it does not have to.

As the sidechain is created primarily for business-to-business transactions, it must be sufficiently decentralized to remain incorruptible. Compare it to an international consortium or a guild of traders who are independent members pursuing their own financial goals while, at the same time, being united by an organization with common objectives. By creating a private network, by the rules of which they agree to abide, the merchants achieve increased efficiency in areas such as transaction settlement, business networking, supply chains and so on. Similarly, bitcoin businesses are united on the Liquid network by shared desires for faster settlements, transactional privacy and the use of digital securities.

Incorruptibility means that it is difficult to compromise the majority of members to effect a hostile takeover. How can it be achieved?

The beauty of systems like Liquid is that they are open-source. Anybody can fork the code and spin up their bitcoin side-chain today. It is, however, an effortful undertaking, especially when it comes to maintenance. So, why would one do that?

In my opinion, spinning up a fork of the network must be part of a contingency plan. It is a nuclear option is situations like a hostile takeover of the main Liquid network. Which process may be fast and furious or slow and insidious.

There may be various parties who would love to have control of a powerful financial network as we all learned from the recent history of Bitcoin. This is why a secession plan is necessary. In Liechtenstein, municipalities have the constitutional right to secession if they do not agree with the government policies. In the same manner, a number of influential Liquid members may have a plan to branch off of the main network. Liquid will receive a financial and reputational blow, and the new network will start strong.

Liquid's success relies on its members' future decisions on governance, membership and infrastructure. The underlying technology is neutral, it understands no politics. Whether the network becomes an upgrade to the existing financial system, with legacy players migrating to it, or rises as the backbone of wholly new type of economy, with its own set of rules, is up to us.

My conviction is that, with bitcoin and technologies like Liquid, we finally possess tools to build a New World based on the principles of laissez-faire economics and property rights. Therefore, I will push for a more open and censorship-resistant Liquid network run by a guild of respected entrepreneurs from all parts of the world. At the same time, legacy market institutions are welcome to join the network as long as they understand and abide by the rules of the new economy. Which, in many cases, means no rules at all!

To end this article, I will outline my personal plan for Liquid. It is based on my preference for establishing a parallel, circular bitcoin economy with low barriers to entry and minimal friction.

I invite all the entrepreneurs with a similar vision to join me in this endeavour. Let us unite and turn the Liquid network into a global, digital Galt's Gulch! 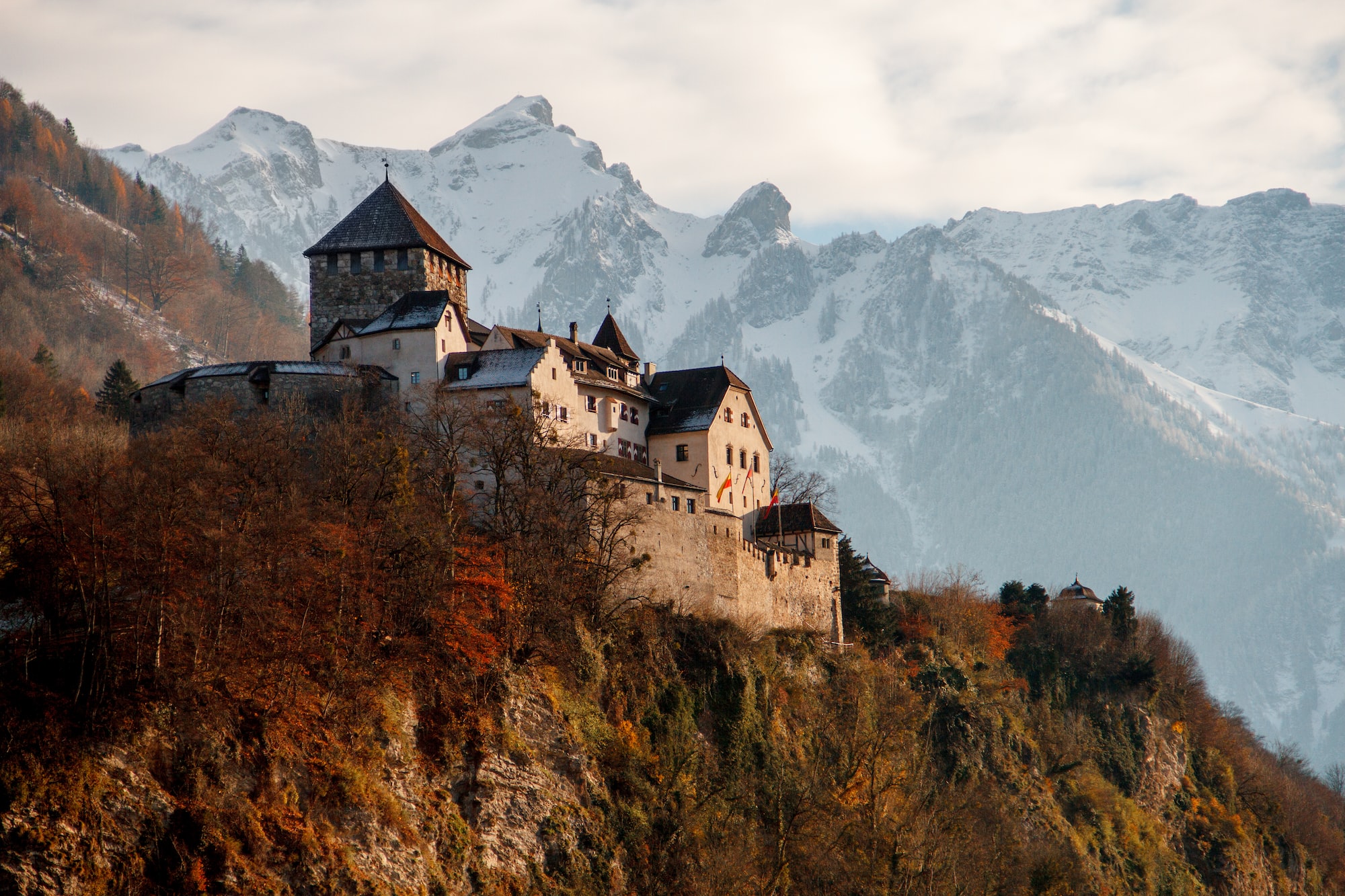 What can be further apart from each other than Anarchy and Monarchy? In this article, I argue that these concepts are not only mutually exclusive, but complimentary.

How will people be punished for minor and major offenses in a world of citadels? In this post, I describe exile as an effective method of dealing with criminals.